I talk so much about self-reflection and really understanding yourself. I speak about remembering who you were as a kid an what your dreams were. Well this guy does it like no other:

What would you and your 12 year old self talk about?

Anyone else ever done this?

A very interesting question this one is. For many entrepreneurs the idea of breaking free and having the ability to work when you want can be both extremely exciting but for many, when they have that freedom, is also incredibly daunting. Many of the clients I work with have a really hard time, even though they have all the freedom in the world, not working 9 to 5. In fact I would say almost 85% of my clients in the first 3 months of opening really stick to the 9 to 5 kind of attitude (you know the one they were so excited to break away from). Many of them say that they must work then because that is when the rest of the world is working, of course I always point out that actually only their own time zone works in those particular hours but that 9 to 5 can translate into a lot of different times in other time zones (I hope that was clear, you’re smart I know you will figure out what I meant).

I always try to encourage entrepreneurs to think about when their most productive times are instead of when they THINK they should be working? I mean in reality who the hell actually works 9 to 5 anyway? I mean yes you are usually in the office that long but to some degree below is what many schedules can look like:

So the question still stands, when do I work? My answer is simple (as it usually is)

This notion that we have to be working during certain hours is actually quite ridiculous as I have found in my time as an entrepreneur. Yes there are times when things have to get done during certain hours but there are always a million things to do and they can usually be done any time. For instance I would say 2 of the best times for me to work are:
So are those regular hours? I would say no and many starting entrepreneurs are mystified by this. The solution is easy you work when you can get the work done. One of the hardest things about this entire process though, and it took me almost a year, is to figure out when those chunks of times arise for you on a fairly regular basis.
Of course I know that some of you are shouting at your computers “but I run a retail store or maybe a restaurant how can I possibly not be working during those hours?” Well this is one of the things you have to consider when you are running a restaurant or retail store, what are the hours? Look at the great model Cora’s has going. Cora’s is a great breakfast and lunch business that is open early in the morning and is closed by 2pm. Obviously, whoever was deciding those business hours realized in themselves that they liked having the afternoons off. In fact I don’t think it was by chance that the restaurant has a strong family value and that when Cora’s kids arrived home in the afternoon their mom was home.
Determine what it is you want to accomplish in life and figure out the times that you can get one step closer and that will make life easier. We have a lot of hours in a day and a lot of choice now because of our technological mobility as to when we get work done.
One last quick tip: I work on an M & M or Skittles time line (depends on the week). That means that when I do something productive I move one skittle from one jar to the other. When all the skittles have been moved from one to the other then I deserve a day off (sometimes I take 2).
When do you work? How often do you work? When are you most productive? What ass kicking method could be employed to make you think about work differently?

How do people really ever get to know themselves? When do we take time to ask questions about ourself? Almost never.

END_OF_DOCUMENT_TOKEN_TO_BE_REPLACED 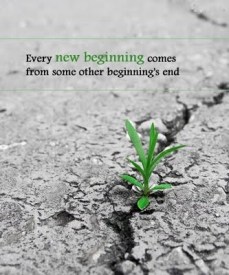 When people say to me “oh you are so LUCKY to be doing what you love” I usually scream “BULLSHIT”.

I scream that for a few reasons:

END_OF_DOCUMENT_TOKEN_TO_BE_REPLACED

What the bird says