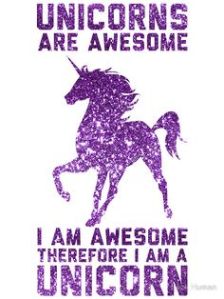 This is something I have been thinking about and playing with for a long long time – and I know MANY others have been as well. Today I need to rant just a little bit about self-esteem as it relates to outer beauty. This is a post that will be long and it is something that I know may not come off in the way that I necessarily want it to. I know many will be opposed to many of the arguments I am putting up there and that is alright we are all allowed to have our opinions and struggles with thoughts. It is a post that I have struggled with writing for a really long time but a few things have compelled me to write about it. If anything please just skip to the bottom few paragraphs and humour me with what the end message is.

Not so long ago I was sitting at a business breakfast series and the main speaker was talking about looking professional. This is not a new topic and it is one I have taken in on many other occasions be it in person or via watching a video or a live broadcast, I’m always up for listening and learning both about the topic and sometimes even more so how the speaker is presenting. This particular speaker was very well dressed, however I would say that with all the make-up caked on to match the spray tan I’m not so sure I noticed all of the details and intricacies of her immaculate clothes.

Ok, so you can likely see where this is going. For anyone who has known me for any period of time at all you will know that I’m a strong advocate for being who you are, dressing how you feel comfortable, but even MORE so, and the reason for why I dress in shorts and sandals for as long as I can here in Canada I am an advocate for not ever judging a book by its cover but rather by stopping, taking a wee bit of our precious time, and discovering the inner contents. I love being able to challenge the norm and to push the limits, yes even when it comes to outer appearances. Now I’m certainly not advocating that anyone ever go out looking like a complete slob (although I assume that has a varying degree in many others perspectives) but rather I am here to challenge how we act and treat each other based on outer appearances.

When I was listening to the speaker talk about being professionally dressed she brought up some really great points – points that I definitely believe are true. The speaker mentioned that it only takes a few short seconds before someone makes a judgement about us and our status so if you’re in business that is important to know. The speaker also brought up the point that for many clients they respect and often TRUST (big word, I will come back to this one for sure) the person they are about to work with if they are dressed on par or even better 1 level higher than they are (hmmm…I suppose there are levels of dress…I wonder when you earn enough levels and points if you get to fight King Koopa or if you get to enter some Bonus Worlds – yes, I think that is probably true).

The speaker also had many other good points about being dressed professionally however there were 2 main points that got me thinking about this and then something else happened today that made me want to write this piece.

So first the 2 main points that the speaker said that made me write down the notes and start to formulate this rant in my head (it’s been going on for almost a decade now).

1. “Whether it is fair or not it does not matter.” – this was a statement made in relation to how we are judged based on our outer appearance.

2. “Most people base other peoples values on how they look”

So allow me to tackle #1. She is right, it is not fair, it is absolutely not fair. But instead of saying that as if it is fact should we not at some point challenge it? I mean sometimes status quo has to be challenged. I think this is one of those times (keep reading and you will find out why this is such a BIG deal to me.)

Now what about #2. Well once again the speaker was 100% correct with that statement I think alot of people do judge others values based on how they look but what if we didn’t? What if we allowed ourselves to pause for a minute and really get to know the person, the building, the animal, the thing we are looking at or interacting with. Well shit that is a crazy notion because we don’t have enough TIME to ever get to know someone. We need to make quick decisions in life that save us time. We need to count people in or out of our circle so as to not waste our precious commodity, TIME. Ok, ok I get it time is a valuable resource and obviously peoples appearance must tell us the whole story about what they value, who they are, where they come from, and whether or not we should interact with them.

Finally before I make another leap into the 1 thing that set me off today, along with a few other good reads and videos I wanted to return to the big word that I wrote a little while ago TRUST. Yes we do tend to TRUST those who are dressed in some of the nicest and usually most expensive clothes. We see it as a sign of respect and a sign of ummm….power I think that’s what most people think anyway. Immediately I think about the famous Milgram Study from 1961 which has since been replicated and can be viewed here (there are 3 parts feel free to watch it all if you wish-you could also take a peak at the Stanford prison experiment conducted by Dr. Zimbardo as it relates to uniforms and power):

So we TRUST and respect people because they dress a certain way. That does sound reasonable and helpful in many situations I believe and it certainly can be sometimes. I would argue though that we mustn’t just always make this a rule. We need only look to Wall Street and many other business/government scandals to realize that just because people dress a certain way doesn’t mean they behave in certain ways that we would expect them to. I mean just look at how respectful and adult like these men in suits can be:

Ok one last small story before I jump. About a year ago I was asked to judge a business classes presentation, myself and 2 other very successful business people. I was rather honoured to be asked to sit with such highly successful people. I had always admired the work they had done (hmmm…merit based on work there’s a new concept in all of this.) Anyhow we got sitting down and one of the students stepped up to present in a pair of jeans (while many of his peers were dressed in suits). The judge to my immediate right, before hearing a word come out of the young man’s mouth took his pen and stroked the sheet from one side to the other – that was it, from this judge the student was getting a big fat ZERO. The student was presenting to us a brand new company based on skate boarding, skate board paraphernalia, and skate board wear, this judge would never hear it though. After the presentations were done this gentleman and I got speaking – he was outraged at how this presenter could get up there and present a business case in jeans – “how disrespectful” he mentioned. I then just happened to mention that the pair of jeans he had on were a $300 pair of jeans, I wanted to see my colleagues reaction. Well wouldn’t you know it now all of a sudden it was a different ball game. He didn’t know that they made jeans that expensive and they did fit rather well, I mean after all he was presenting on skate boarding and skate boarding culture so I suppose he looked the part – my fellow judge’s entire mindset, a rather intelligent and savvy business man himself had just had a turn of heart when he happened to hear a little bit about the turn in wallet that young presenters jeans would make in his pocket.

Look I know this is not a popular stance and I do agree people should look professional some of the time (I also really do believe that if you look good you may even just feel better about yourself-bah flip flop some more why don’t you Shawn) but I think what really has set me off as of late are things like this DOVE video around Selfies and about how we see ourselves through Sketches.

We are hurting each other and we are hurting ourselves. For years and years now we have held a standard that is just SO unrealistic. We look at magazines and we envy to look a certain way so that we can feel a certain way. Then things like this get produced and they go VIRAL but still nothing really changes.

Isn’t it just a little bit crazy that we still live in a world where we can make each other feel so bad just by judging each other about the clothes we decide to put on our back, then we get so very upset when kids have image and body issues. We tell kids it will be alright and that inner beauty means more than outer beauty but we as adults are not setting the best example, are we?

Ok let’s summarize all of these muddled thoughts. I think I owe you that since you have made it to the end of the post (holy shit you’re brave, or silly like me, or by now probably fuming at what a moron I am either way you made it so good for you!)

Hmmm…was that it – shit I used a lot of words to say these 2 simple messages but I guess that’s what happens when these thoughts have been struggled with for over a decade now. (I wonder if in the next decade they will get clearer?)

I’m really looking forward to having more discussions and hearing people’s opinions on this one.

What the bird says